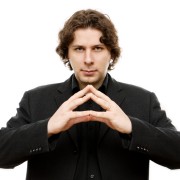 Is one of the most sought-after Polish pianists of his generation. His career started with the Grand Prix at the International Piano Competition in Rome at the age of 12. He has studied at the École Normale de Musique in Paris, the Music Academy in Cracow and the Chapelle Musicale Reine Elisabeth in Belgium with Ewa Bukojemska, Abdel Rahman El Bach, Dmitri Bashkirov and Marcella Crudeli. He has held grants from Polish and foreign foundations, as well as the City of Cracow and the Ministry of Culture and National Heritage. He is a prizewinner of many prestigious competitions in Poland and abroad. Many of his awards are for the interpretation of Chopin’s music. One of his recitals was on a historic piano once owned by the composer. He has performed with leading orchestras, including the English Chamber Orchestra and the National Polish Radio SO, and at such venues as the Palais des Beaux Arts, Salle Cortot, the Wigmore Hall and St.Martin-in-the-fields. At present he concentrates on the music of Polish composers of the late 19th and early 20th centuries. He discovered the piano music of Jadwiga Sarnecka and recorded a selection of her compositions for DUX. He also prepared them for publication by the PWM Edition. He holds his own piano class at the Music Academy in Cracow, where he received his postdoctoral qualifications in music in 2015. He is the author of numerous research paper about piano works of Polish composers published by Polish Music Publishers PWM and Euphonium. He has recorded several albums for the recording companies Dux, EMI, Amadeus and Moderato Classics receiving an enthusiastic critical acclaim in prestigious musical magazines (among others Gramophone, Kulturspiegel, The Strad, Pizzicato, Fanfare, American Record’s Guide). He is a teacher of the Malopolska Academy of Talents.